How to Hold Politicians Accountable 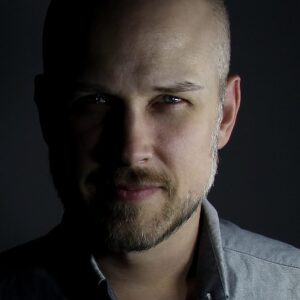 Lots of talk these days about the famous “Emergency Act Inquiry”. The majority of the conversation has made it sound like there is good coming from the proceedings.

While we are taught that this means they speak on our behalf, from the perspective of the law, it means something completely different. Once you innerstand, you’ll likely have an epiphany. Hopefully it’s significant enough to elevate your awareness of the atrocities that have been committed and to the degree of evil these politicians have insisted on inflicting upon the very people they claim to serve.

In fact, if I can communicate this well enough, you’ll discover that they are guilty of evils far greater than any inquiry has dared address, there is no way the perpetrators would consent to a process that would deliver anything that could be recognized by the victims as sufficient remedy.

Meaning, the inquiry is a charade.

Let’s set the stage here with a couple principles.

Let’s first look at the Axiom: You own yourself.

This phrase isn’t just an idea. It’s a fact. If you doubt it, check the opposite:

For that to be true, you would have needed to have enough ownership of yourself to make the declaration, immediately rendering the statement false.

Physicists have discovered that our consciousness is not in our bodies. If you’d like to learn more about how that works, I encourage you to watch “What the Bleep to We Know?”, for the sake of time: The observer effect (which is a precursor to the creation of anything) has been observed countless times, but every time scientists look for the observer, it’s nowhere within our physical body.

Our consciousness is not physical, yet it governs the physical experience, wholly and completely.

This means your physical experience operates entirely under the authority of your consciousness.

You are – already – self-governing.

This is precisely why certain rights are unalienable.

Right to property, (because it is only obtained by your labour/time).

Bodily autonomy (again, because your physicality is under the authority of your consciousness. No one else’s)

You can’t even ‘pass responsibility’ on these things. Every moment you consent to someone else governing these aspects of your physical experience, it is of your own free will.

Now for the next principle:

It’s thought that when governments ‘represent’ us, we are saying “the politicians speak on our behalf.” Said differently, as a public servant, they are to ensure the public policies and laws that govern society are guided by their expertise to address the will and concern of the public they serve.

Of course, it goes without saying that to the degree their governance of these responsibilities result in the successful guardianship of our unalienable rights, we get to live as sovereigns. The only ‘notwithstanding’ clause necessary is found in your own individual’s responsibility to be attentive to the rights of others. Exercising authority over another’s consciousness is a violation of the fundamental law.

This is why convoys are popular these days. People feel like the government isn’t representing them.

That’s where the people have been grossly deceived.

You see, if you were face a judge, it’s commonly believed that it’s a good idea to have a lawyer help you. They (supposed to) know the rules of the court and how to craft their communication to adequately present your case to judges and juries to assist you in a ruling that is in your favour.

There’s nothing wrong with this. It’s even an attractive prospect! But where the evil lurks is in the term ‘representation’.

You see, lawyers must shelter themselves from their client’s wrong-doings. If you are found guilty of a crime, and the lawyer is speaking on your behalf, they could be questioned for aiding you, especially since they are so specially trained in how to use words to help soften the impact of a strict ruling like imprisonment, or as with some jurisdictions, a death sentence.

So instead, they ‘represent’ you.

They are you. If they make a mistake, it’s on you. They could even commit a crime! If they’re re-presenting you when they do it, under the law – it’s you that committed the crime.

See where this is going?

Are you starting to see the bigger picture? Can you see how this crime far surpasses the others?

It’s evil is worse than locking down our businesses, harassing people who didn’t have arrow-stickers on their boutique floors, forcing entrepreneurs to close their businesses, and asking people on national television whether the unvaccinated should be ‘tolerated’.

Yes. The crime of representation is worse than forcing people to get injected with a bio-chemical experiment.

Because if your unalienable right of self-governance (the Axiom) is violated, it makes all other evils possible.

Now… Given the premises I’ve shared with you here, there are only two types of politicians in the world.

And there’s a commonality between these two types of politicians.

The first type willfully seeks a position capable of violating all manner of rights and committing unspeakable crimes knowing they’ll never have to be held to account. The second is just incredibly stupid. Not because they are unaware of what representation means, but because they clearly have zero comprehension of the Axiom.

I don’t care who you vote for. I don’t care which party’s platform you appreciate. Both are unfit for public service. They are the most dangerous people on the planet. Why?

Out of all the armed robbers, mass murderers, warlords, sex-traffickers, and pedophiles that roam the planet, lurking from shadow to shadow, they’re the most protected.

This is why they’re happy to go through all the inquiries, lawsuits, and protests you throw at them. Even if they’re found guilty, in accordance with the law’s definition of the word Represent, guess who ends up fitting the bill?

Don’t like that? Too bad, so sad. It’s justice.

Because of the Axiom.

Given the experience we have is authored by our consciousness, we are self-responsible. We, the people have willfully reduced ourselves to abject subjugation.

That’s why I always laugh when people tell me how bad it is.

I’ve waited for almost 15 years for this day. The people are inching their way closer and closer to the beautiful and ascending realization of the Axiom. As much as I would love for all of this nonsense to be over, I am comforted when I remind myself one simple fact: The longer it takes, the harsher the restrictions, the more politicians and health authorities look like clowns, every time a uniformed terrorist directs their heavy horse to trample on a people, the more elaborate the house of cards.

The more elaborate the house of cards, the more satisfying its collapse.

It’ll even be awe-inspiring.

As much as the Emergency Act Inquiry will accomplish nothing, this is the silver lining:

The results are going to come in, the positions of government that violated our rights will still have the ability to violate our rights, and the sElected will get another opportunity to commit harm against their fellow man and woman.

And as such, a sufficient number of people will be sufficiently dissatisfied that they will realize how absolute the Axiom is and join we, the reasoning (the outer-fringe of the Fringe Minority) in taking actions that put the fraudsters right where they belong:

In a world created by us, where people are paid upon contributing value to the people around them.

(Before you think that’s too forgiving, please remember: that’s the equivalent of hell to politicians. They would far rather depend on a system that uses the threat of incarceration to take the earnings of their fellow man and woman.)

Charge them to the fullest extent of the law as flesh and blood men and women.

Millions of Canadians have contributed to dozens of organizations that claim to be ‘freedom fighters’. One of the most well-known groups has (by the people’s estimates) received over $4M that was supposed to settle everything with Canada’s most distinguished constitutional lawyer.

Another group received 8 figures in donations.

All efforts have failed because all these solutions are going after them as ‘representatives’.

Class action lawsuits!! Seriously? I was actually surprised at how many people fell for that one.

It can take up to a year for a judge to review the application and determine whether or not he wants to proceed. If (and that’s a big if when the judge’s paycheck is issued by the accused) the judge wants to proceed, it can take years for a settlement to be ruled. Go see the ordeal victims had to endure before they got the Tobacco Master Settlement Agreement in 1998.

Then consider the size of the scamdemic. I don’t think there is anyone who could give a timeline on a class action lawsuit that involved crimes committed on every continent, devastating the health and livelihood of over 6 Billion People (the developed world).

Good luck with that.

Since the start of all this, we’ve been encouraging people to recognize the Axiom. We alone have authority over ourselves. Any infringement on this unalienable right is fraud. Even if they acted with good intentions, there is a maxim of law that states, “What otherwise is good and just, if it be sought by force and fraud, becomes bad and unjust.”

Force and Fraud. Check and Check.

So, instead of going to the government seeking remedy from the government, let us place them in a court where their titles and positions are stripped and they are judged as the self-governing beings they are, completely removed from the protection of ‘representation’.

If you’re not subscribed, you’re going to want to be. On November 21st, we will be announcing the date and time of a presentation that will show Canadians how they can finally get the justice they seek.

I might be wrong, (as I have been before)… but I have a sneaky suspicion that it’ll be so effective, it will set a global precedent for other nations.

Sort of how Canada led the world with their Convoys…

Now they have the opportunity to lead the world in holding the fraudsters accountable.

As always, if there’s anything I can do to help you and your community, please reach out.

There are more and more of us that are stepping forward, willing to be public servants that actually serve you, the free public.

Secure freedom in your life... and community.

The people have started contributing to pools of resources that bring them monetary returns from the work that's being done directly in their communities.

These opportunities expand your horizons (and even your earnings) as well. If you'd like to chat, ask me questions, simply schedule a call with me.

This is all great info. It’s just a lot to take in and I’m still trying to figure out where to start.

yeah, I hear you. There are so many moving parts to the corruption, it’s really hard to know where to start. I’ll be writing a lot more in the coming days, so be sure to ask lots of questions… Also, you can join my live Q&A session tonight. https://www.youtube.com/watch?v=Q8ELxPaw06A

You can always Stay in Touch

Get immediate notification on any updates, events,
and the inspirational stories of how people of this nation are living freely.